Good afternoon.
Welcome to a virtual museum (collection) of binoculars!
The history of this site creation, its structure and features can be found in "About the site" section. Exhibits (the binoculars) are in "Catalog" menu. In "Theory and History" section you can find diverse information about the binoculars (catalogs, articles, etc.). The “Partnership” section contains information on this issue cooperation, and the “Contacts” section serves to contact us. In "Donate" section you can provide financial support to our project development.
The museum Information is being constantly updated, the appearance of new exhibits will be reported on this page, as well as on our social network pages - Facebook and Twitter.The information on the site is presented in three languages: English, Ukrainian and Russian (the button for switching languages is in the upper right corner).
Thank you for attention to our project! Thanks to everyone who contributed to its creation!


March 02, 2021
6 more new binoculars appeared in our museum:
- a rare "civilian" Carl Zeiss Silvarem 6x with the double-ring type of lens frame design. This specimen was sold in the USA by a well-known American organization Andrew J. Lloyd Company; - a very early and rare military model Carl Zeiss Marineglas 6x, the peculiarity of which is that its lower prism cover and the lens frame cap are made as one piece; - a military binocular Carl Zeiss Marineglas 6x with the double-ring type of lens frame design and a compass mounted into the coffer’s top cover; 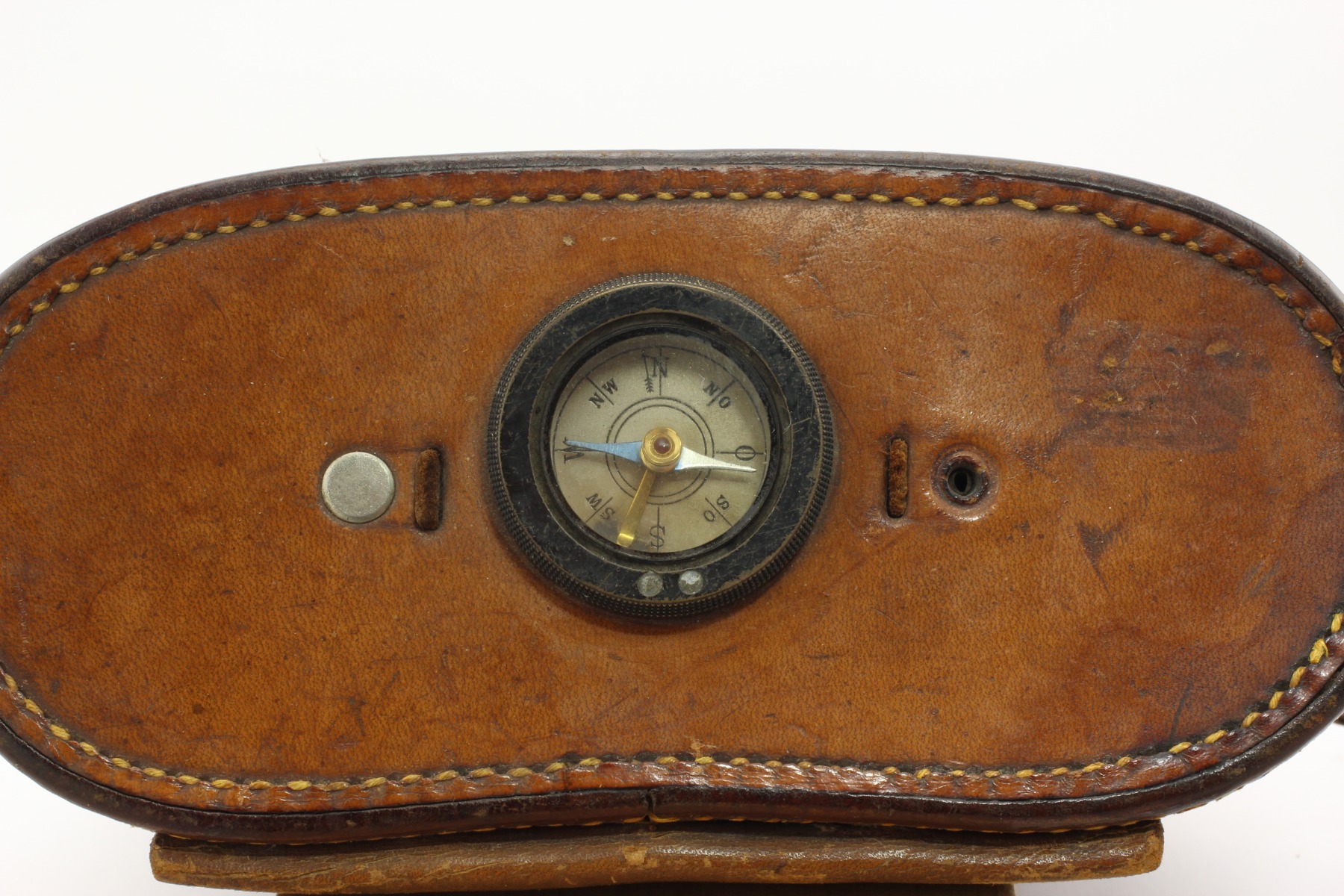 - another Carl Zeiss Marineglas 6x with rounded objective covers and grooves intended to minimize stray light. An interesting feature of this specimen is in its rare fastening construction of the eyepieces’ protective cover (the so-called "raincoat"); - a binocular Carl Zeiss Wien Marineglas 6x, manufactured in 1916 in the Austrian branch in Vienna. The coffer’s top cover is made using the seamless technology; The total number of binoculars on our site is 72. - a rather rare Carl Zeiss Turact 8x specimen, with the "grooves" on the lens covers intended for protection against side flares. This sample is in a good condition and it has an original coffer; - an early Carl Zeiss D.F. 8x specimen with the double-ring type of lenses’ design and an interesting serial number; - a rare military binocular Carl Zeiss D.F. 8x with the "grooves" on the lens covers intended for protection against side flares;

- a late Carl Zeiss D.F. 8x specimen with rounded objective covers, goniometric reticle and high serial number. Perhaps this binocular belongs to one of the latest batches of this model with the Telact 8x design; - a Carl Zeiss D.F. 8x specimen with the Turact 8x design and with zinc alloy elements. The total number of binoculars on our site is 66.

August 27, 2020
7 more binoculars appeared in our museum!
- an early version of Carl Zeiss Telex 6x with a two-ring type design and lenses having diameter 21 mm with rare eyecups; - an interesting model Carl Zeiss Telactem 8x, which was produced during short period of time (1913-1914) with "grooves" on the lens caps, serving to protect against side flares; The total number of binoculars on our site is 54.

May 17, 2020
6 more binoculars appeared in our museum:
- An interesting Silvarem 6x30 with an "erroneous" serial number: https://binocollection.com/catalog/binoculars-carl-zeiss-silvarem-6x30.html; - late Silvarem 6x30 version;
- Telefort 12x – the “champion” among Carl Zeiss binoculars in the number of design changes for relatively short period of its production time; - Turact 8x - the binocular, which replaced a very successful Telact 8x model;
- late Turact 8x24 version;
- a unique binocular Turactem 8x24 (with a unique story of its previous owner), which is not included to any of Carl Zeiss catalogs. The total number of binoculars on our site is 49. April 12, 2020
Added two interesting binoculars Carl Zeiss Jenna Silvamar 6x (30).
Officially, this model was produced for "civilian" use, however, according to some signs, they can easily be attributed to military binoculars. Why so? See for yourself https://binocollection.com/catalog/binoculars-carl-zeiss-jena-silvamar-6x-military.html and https://binocollection.com/catalog/binoculars-carl-zeiss-jena-silvamar-6x30-military.html
Moreover, these binoculars were not produced in Jena ...)
The total number of binoculars on the site is 39. March 27, 2020
Our museum has been opened! Today it contains 37 binoculars of famous Carl Zeiss brand: now you have possibility to get acquainted with them on our virtual museum pages. The exposition begins with the oldest exhibits, which are listed in the catalog in alphabetical order. At the time of their creation, those were the most advanced optical devices, but they also cost a lot...) For example, Carl Zeiss Jena Feldstecher 4 Fach binoculars cost 110 marks (the German worker average salary at that time):